Graduate students from the Department of Electrical Engineering and Computer Science in the Lassonde School of Engineering have won two industry awards for their work on custom computers that are helping to propel DNA sequencing into a low-cost mobile activity. 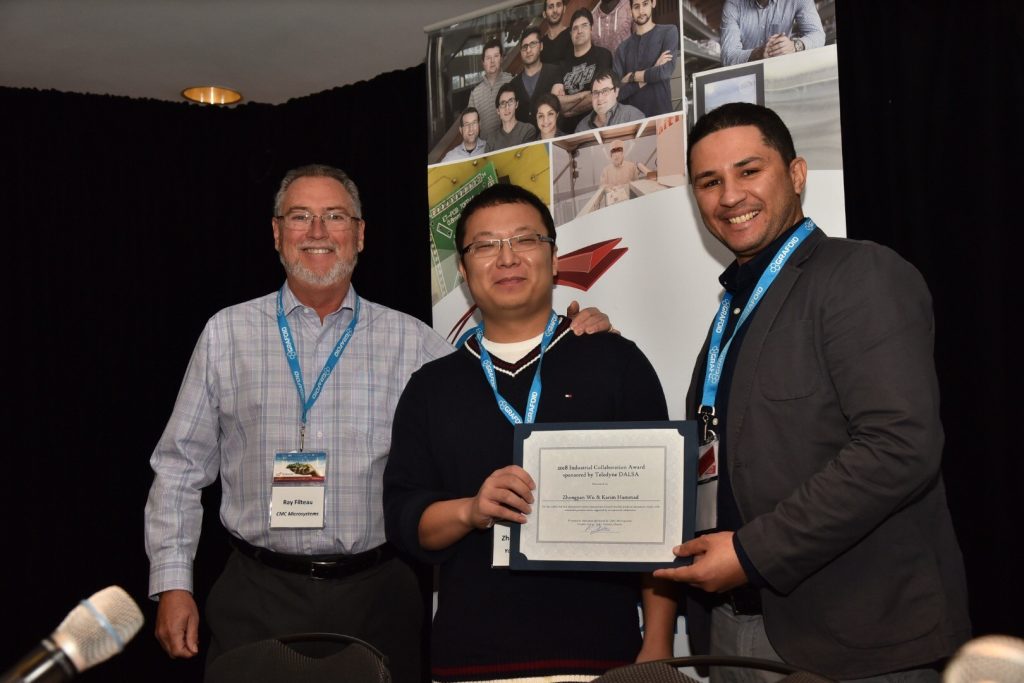 Lassonde grad students Zhongpan Wu and Karim Hammad, along with Assistant Professor Ebrahim Ghafar-Zadeh and Associate Professor Sebastian Magierowski, are making significant contributions in the field of DNA sequencing by developing specially designed hardware intended to increase the rate at which DNA measurements can be processed and decrease the power consumption required to do so. In the past few months, they have been recognized for their groundbreaking work.

On Aug. 7, Wu and Hammad presented their custom computers at the 61st IEEE International Midwest Symposium on Circuits and Systems in Windsor, Ont., and won the Best Live Demo Award. On Oct. 24, they presented an improved version of their computers at a national event, CMC Microsystem’s TEXPO/Innovation 360 Symposium, and won the Industrial Collaboration Award sponsored by Teledyne Dalsa.

In the past few years, exciting advances have been made in DNA sequencing technology, resulting in the release of palm-sized sequencing machines capable of real-time genomic measurements. The electronic measurements coming out of these devices, however, are extremely weak and noisy. The computing power needed to figure out what DNA sequence is represented by these measurements is orders of magnitude greater than that of the sequencing device itself, which is where Wu and Hammad’s custom computers come in.

The team’s ultimate goal is to build fully-custom computer chips for this purpose, but in the meantime they have been demonstrating their designs in semi-custom, field-programmable gate array chips.