A graduate student’s research at York University has led to the first published systematic review of positive, pollinator-mediated interactions.

Jenna Braun, a recent master of science graduate, studied how positive interactions between plants involving pollinators are important to the study of applied ecology.

Her study, “Finding the bees knees: A conceptual framework and systematic review of the mechanisms of pollinator-mediated facilitation,” was published in the February 2019 edition of Perspectives in Plant Ecology, Evolution and Systematics. 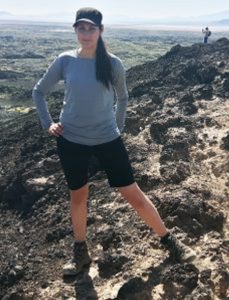 Braun, the lead author on the study, worked with Faculty of Science Professor Christopher Lortie to develop a formal, systematic review of all mechanisms underlying pollination facilitation that have been tested to date.

“I found that positive interactions between plants involving pollinators are highly relevant to applied ecology, including the conservation of rare species, pollinator populations and dealing with invasive species,” said Braun.

Pollination facilitation is an indirect interaction whereby one plant species positively influences the reproductive success of another plant species through pollinators.

Using 100 previously published studies on the topic, Braun also summarized the spatial scale and grain size of each study, classified the theme and recorded the ecosystem. She found that pollination facilitation literature advances seven plant-perspective mechanistic hypotheses, and further that the majority (83 per cent) of studies that examined multiple scales reported scale dependence, which indicates the need to consider spatial dimension in future studies.

The research shows that pollination facilitation was examined in invasion biology, agricultural science, mimicry systems and conservation of rare plant species; however, Braun identified that habitat provisioning by plants represents a research gap that should be addressed.

In the Department of Biology at York University, researchers examine the genetics, taxonomy and effect of pesticides on pollinators globally. Braun added a new dimension to this research by examining the relative importance of the ecological interactions between plants and pollinators,” said Lortie. “Jenna … found that positive interactions between plants and with pollinators are an important and potentially overlooked critical consideration for conservation in addition to genetics and environmental impacts.”

Braun’s master’s research focused on the trade-offs that small annual plants in the harsh Mojave Desert deal with while benefiting from the shelter against the elements that much larger foundational shrubs provide.

Her research was conducted near the Granite Mountains of the Mojave National Preserve, and involved tracking pollinator visitation and populations, as well as pollen transfer.

“What I found is that while small plants can benefit, it is at cost because these large flowering shrubs steal their pollinators,” she said. “What this means is that under a decrease in pollinator availability, these already sensitive communities may be even more sensitive to change than previously thought.”

Braun completed her master’s degree in January 2019 under the supervision of Lortie. She continues to perform research at York University as a research associate.