A recent Lassonde School of Engineering grad is part of the three-person team that has been awarded $1 million for their winning entry in the biggest computer science competition in the history of technology. The competition was offered by Zillow, a real estate and rental marketplace focused on providing consumers with data, inspiration and knowledge. Zillow operates a suite of mobile real estate apps, with more than two dozen apps across all major platforms. 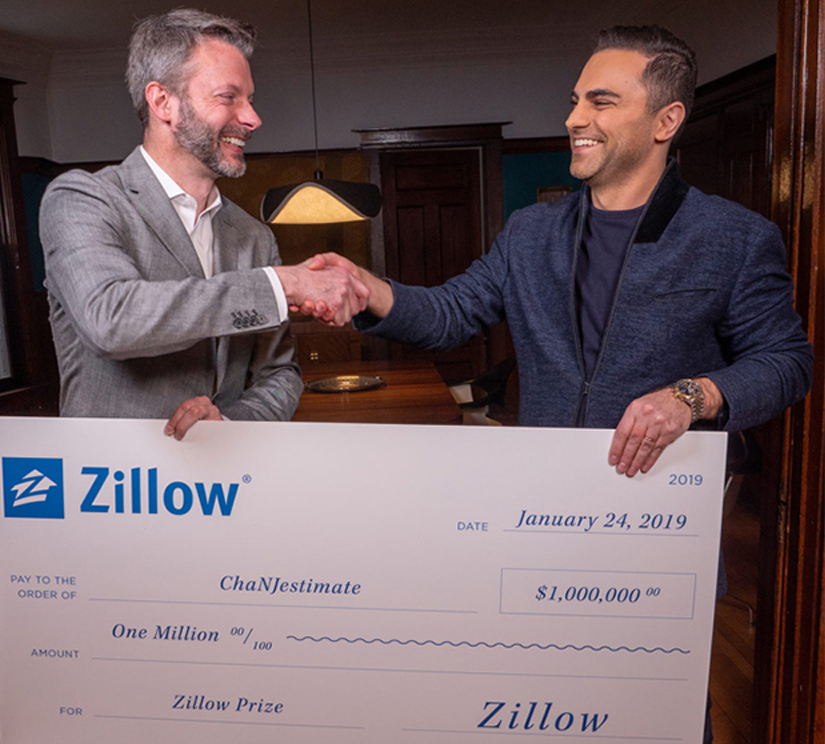 Recent graduate Nima Shahbazi (PhD ’18) entered the Zillow competition two years ago, balancing the challenge and his doctoral studies at the Lassonde School of Engineering, under the supervision of Professors Jarek Gryz and Aijun An from the Department of Electrical Engineering & Computer Science.

Shahbazi worked across continents and multiple time zones with a team of two others – one from Morocco and another from the United States – to beat the Zestimate algorithm. Ultimately, the team’s winning solution beat the Zillow Benchmark Model by more than 13 per cent. They also held a comfortable lead against the second- and third-place teams.

“I was always curious about what factors drive housing prices, since my wife is an architect and the Toronto real estate market is so competitive,” said Shahbazi, speaking about why he entered the competition. “I also thought the size of the prize would attract a lot of other data scientists to the competition and I love a hard challenge.”

While Shahbazi’s PhD focused on data and pattern mining, this competition was mostly about deep learning and machine learning. “Even more than the prize money, I’m super motivated to compare my capabilities to other data scientists and see my hard work and creativity pay off in the rankings. I guess I’m a bit competitive,” said Shahbazi.

The competition was hosted on Kaggle, Google’s platform for machine learning and data mining problems where they work with top-tier conferences like NIPS, ICDM, WSDM, and big companies like Microsoft, Google and Amazon.

Kaggle competitions are a great opportunity for scientists interested in artificial intelligence to expand their knowledge and challenge their problem-solving skills on real problems with real data.

With so many top teams from around the world, this competition really required novel ideas and problem solving, he said. “The team focused on minimizing the correlation between their insights and then getting the best blend,” said Shahbazi. “We each worked on a different model and feature set and communicated actively on Slack to share our insights.”

Shahbazi explained how he was able to balance completing his PhD with the Zillow competition: “Well, I worked seven days a week and I’m passionate about solving problems. I had enough time to work on both parts, since I had very limited vacations for the past four years. But it was worth it.”

Despite working with a team that lived in different countries and time zones, Shahbazi was able to make the project work. “It was quite challenging, but we actively shared ideas on Slack and codes on Github,” said Shahbazi. “Our poor computers were running 24-7 and when a good result came out, we updated our shared roadmap and kept going.”

As for what he will do with his share of the prize money, Shahbazi said he will invest some in his startup Mindle.ai and maybe take his family on a trip to somewhere warm.

To learn more about the competition and the team’s award-winning submission, read the official announcement.