Insulin fluctuations in diabetes can have dire consequences. While individuals with Type 2 diabetes can control their glucose levels with food and drink, people with Type 1, whose bodies generate little to no insulin, must take the hormone. When you throw exercise into the mix, this makes it increasingly challenging to manage insulin requirements and, hence, control the disease.

To address this, researchers began to wonder if wearable technology – particularly, if it were accurate – could help people with diabetes in their decision-making around insulin adjustments for exercise and non-exercise physical activity participation. A pilot study led by Master’s (now PhD) student Loren Yavelberg, under the supervision of Faculty of Health Professor Veronica Jamnik and in collaboration with Professor Michael Riddell (also of the Faculty of Health) as well as researchers from the Illinois Institute of Technology, sought to investigate the accuracy of select research-grade and consumer-based exercise wearables throughout a wide dynamic range of exercise intensities and modes. (A pilot study is a small-scale study to evaluate the viability of a full-scale research project. It considers factors such as time, cost and adverse events to fine-tune the study.) 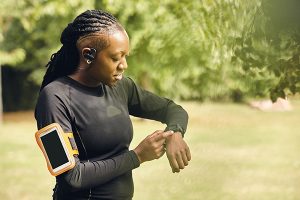 “Our study showed that wearable technologies operate within a level of accuracy that is considered both clinically and practically acceptable for research-based or consumer use,” said Yavelberg. “More specifically, the energy expenditure, heat rate and breathing rate recorded from this technology differentiated physical activity intensity,” he added.

The findings of this research, funded by the National Institutes of Health, were published in the Journal of Diabetes Science and Technology (2018).

Diabetes on the rise in Canada

In 2015, there were 3.4 million people in Canada living with diabetes. It is estimated that this number will grow to 5 million by 2025 (Diabetes Canada). 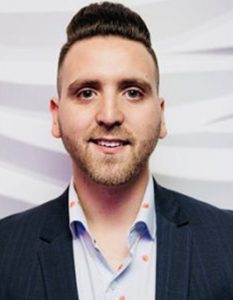 Any measures that could be taken to better control diabetes, specifically glucose levels, could mean a higher quality of life and less interactions with the health-care system for those with diabetes. It could also save on health-care expenditures for the system.

This was where the researchers began. They turned to wearable technology hoping that their relative accuracy could make these tools particularly helpful for those with Type 1 diabetes in managing insulin requirements.

The researchers recruited 25 participants for the pilot study, including eight with Type 1 diabetes, all over the age of 16 and otherwise healthy. The other 17 people did not have diabetes.

The participants visited the lab three or four times over the course of the study. During the first visit, data was collected, including height, body mass, body fat percentage and waist circumference, using standardized protocols. Then the participants exercised on a treadmill so the researchers could determine the aerobic fitness level of the participants.

Researchers wondered if wearable technology could help people with diabetes in their decision-making around insulin adjustments for exercise[/caption]For participants with Type 1 diabetes, the next two lab visits involved 40-minute exercise sessions: one ranging from moderate-to-vigorous intensity plus vigorous-to-maximum intensity crossfit-style circuit session; and one continuous, light-to-moderate intensity steady-state treadmill session.

For consistency, all of the visits to the lab were conducted at the same time of day, either 11 a.m. or 4 p.m. Participants with Type 1 were instructed to take their usual insulin with breakfast, at 7 a.m., or lunch, at noon. 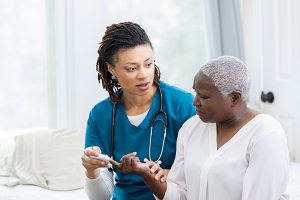 These tools measured physiological variables such as breathing rate, heart rate and energy expenditure. The data was extracted according to the devices’ maximum sensitivity (e.g., breath by breath, beat to beat, or minute time stamps) and averaged into minute-by-minute data.

The variables of interest, such as heart rate, breathing frequency and energy expenditure, were compared to validated criterion measures. Criterion validity measures how well an outcome can be predicted. It is a test that’s useful for predicting performance or behaviour. For example, when a journalist is applying for a job at a newspaper, he or she may be asked to complete a writing test as part of the interview process. If this test accurately predicts how well the person will perform on the job as a journalist, then the test is said to have criterion validity.

The researchers found that the relative accuracy of the tools was acceptable. “The results from this investigation of five exercise wearables tentatively supports the use of energy expenditure and heart rate recorded from select wearable technology to practically and reliably differentiate physical activity intensity within the widely accepted 10 per cent error as a cutoff for clinical accuracy,” says Yavelberg.

This new information could be helpful for those with Type 1 to fine-tune their dosage and manage the disease with added precision.

To read the article in the Journal of Diabetes Science and Technology, visit the website.