For this PhD candidate, karate and school have surprising connections. 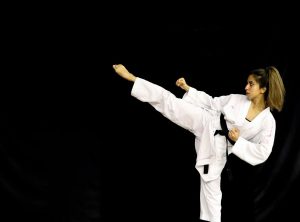 “If you look at some of the top karate athletes in the world, basically all that they do is karate,” says Samira Lavei (PhD candidate, Political Science).

This is not the case with Lavei. On the one hand, she graduated from York with a B.A. in Political Science and Government in 2016 and an M.A. in 2017, and now pursuing a doctorate. On the other, she has been practicing karate since she was 10 and seriously competing since she was 18. “We all need that balance between work and life—especially as a PhD student. For me, karate is symbolic of life. It helps me maintain that balance.”

Now 25, she recently returned from her biggest competition yet, as part of Team Canada at the Senior Pan American Championship in Panama from March 18 to 22. “I’m doing a PhD, and I’m probably one of the only PhD students competing in high-level sports,” she says. “Because my progress is at a slower pace than most athletes, it’s the drive to keep going until I achieve my goal.”

But, she adds, “I’m the type of person that when I have a goal, I set out to accomplish it—no matter how long it takes me.” That goal is to one day win an international medal. “I have a competitive nature in myself, and this inner drive to keep going. I’m not the type to quit or stop halfway. No matter how long it may take me, I’m going to keep persevering until I reach my goal.”

Though school and karate may represent work and life, these categories inevitably blur, and one always influences the other. “Karate has always kept me straight and on track,” says Levei. “The discipline that came from karate aided me in pursuing a PhD. It goes beyond any competition, and it goes beyond a win or a loss. The success of an athlete is never straight.” 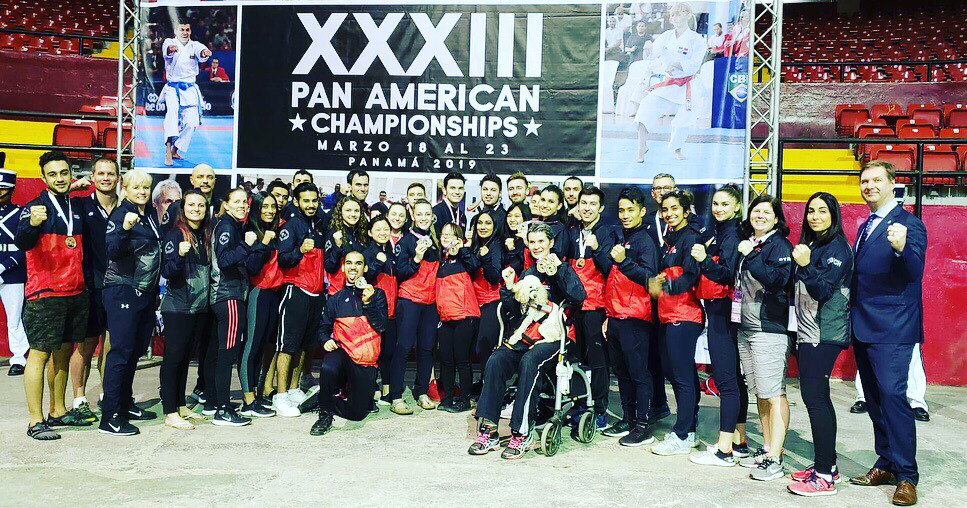 Team Canada at the Senior Pan American Championship in Panama.

The Pan American Championship represents the culmination of one of her most challenging years. “You can imagine that especially this year, I’ve faced a lot of criticism from my coaches, just critiquing my tactics or training regimen. I take in this criticism and learn how to handle criticism, and take it forward to the next level. You also learn how to handle your wins.

“A lot of us athletes, we have this inner competitiveness and this drive to set out and accomplish goals. Sometimes you’ll see athletes even after they retire set out new goals for themselves—whether it be setting up their own dojo business, or something outside of karate, or in a different sport.”