A new study led by John Moores, an associate professor in the Department of Earth & Space Science & Engineering at York University, has found evidence of a link between the surface rocks and the methane in the atmosphere detected by the Curiosity Rover on Mars. Researchers say it is this process that is controlling how much methane is released into the atmosphere above Gale Crater, the landing site of the Curiosity Rover. 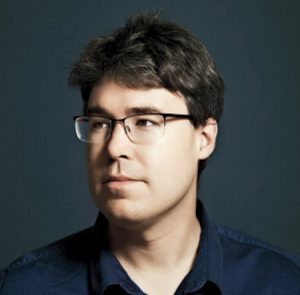 Previous research has shown that the amount of methane varies from season to season at this location on Mars. There is more methane in the atmosphere when it is warmer and less when it is cooler. However, Moores says that until now, there has been no convincing explanation for how the seasonal cycle in methane seen by Curiosity came about. This new research provides a plausible mechanism for producing this effect and calculates how much methane needs to be involved. These results are consistent with other analyses of the behaviour of methane on Mars.

In the study, researchers developed a computer model of the movement of methane through the subsurface and compared how much methane found its way into the atmosphere to the amount measured by the Curiosity Rover’s SAM-TLS instrument. The team then adjusted the enthalpy of adsorption, a measure of how sticky methane is on regolith (rock in the soil), until they produced a match.

This allowed his team and collaborators from the University of Colorado, Boulder; the University of Michigan; Université Paul Sabbatier; NASA-Goddard; Aeolis Research; and NASA-JPL to estimate the amount of microseepage on Mars at Gale Crater. Gale Crater’s unique environment makes it easier to detect seeps. However, over most of Mars, the atmospheric mixing is stronger than at Gale Crater, and researchers believe the changes observed in the seasonal cycle will be harder to detect even for the same amount of seepage of methane in most other areas of Mars. NASA’s Curiosity Rover landed in the Gale Crater on Mars in 2012 and was used to provide a snapshot of Mars’ surfaces over time.

“This study shows that the methane seen by the Curiosity Rover likely originates in the subsurface of Mars,” says Moores. “We are also able to explain a likely mechanism for producing the seasonal cycle in methane levels that the Curiosity Rover has recorded on Mars. We expect these processes to operate on Mars because they certainly happen on the Earth, so it’s not surprising. We were surprised, however, by how well everything matched up once we started to change how the soil and the methane interacted with one another.”

This study was produced under the collaboration with the Curiosity Rover Science & Operations team at NASA. J.E.M and C.L.S knowledge funding for the study was provided by the Canadian Space Agency’s Mars Science Laboratory Participating Scientist Program. The study is published in the most recent issue of Nature Geoscience.