Five top emerging researchers will join the Faculty of Science as part of the York Science Fellowships program, which is now in its third year. These premier postdoctoral fellowships go to talented early-career scientists from around the globe. This year’s researchers came from as far away as Brazil and the United Kingdom to pursue research with some of the Faculty’s exceptional scientists. The fellowships are possible through a generous grant from Jim and Marilyn Simons.

“The York Science Fellowships give up-and-coming researchers the opportunity to further pursue their research interests with top experts in the field, but it also enhances ongoing research at the Faculty of Science by bringing new perspectives and experiences to the process,” said Jennifer Steeves, associate dean of research and graduate education.

The new recipients are: 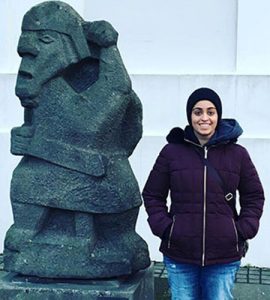 Meera Mehta is a Newton Postdoctoral Fellow at the University of Oxford in the U.K. Currently, she is working on exploring the reactivity of the phosphaethynolate anion (PCO–) as a feedstock to triplet and singlet phosphinidenes. More recently, she has expanded her research interests to include studying the synthesis and reactivity of Zintl clusters. Her research as a York Science Fellow will focus on immobilized frustrated Lewis pairs on silica particles for small molecule activation. Implications of this work will be on the reduction of greenhouse gases like CO2, N2O and SO2. In addition, immobilized FLP systems will be explored as active catalysts for heterogeneous hydrogenation of imines, carbonyls, and olefins under mild conditions. Mehta will work with Professor Chris Caputo in the Department of Chemistry in January 2020. 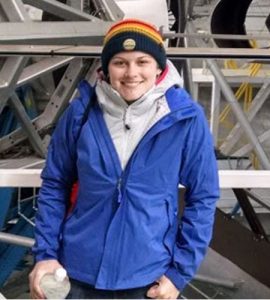 Leo Yvonne Alcorn is currently completing her PhD in astronomy at Texas A&M University. Her dissertation research has focused on the internal dynamics and nebular gas properties of galaxies associated with early galaxy clusters. She also spent time as a visiting scholar at the Keck Observatory, implementing upgrades and improvements in software for near-infrared spectrographs. Alcorn is a Large Synoptic Survey Telescope Data Science Fellow. As a York Science Fellow working with Professor Adam Muzzin in the Department of Physics & Astronomy, she will continue her research on galaxy dynamics. Her focus will be on developing algorithms to measure complex and irregular dynamics in distant galaxies, which future adaptive-optics and space-based instruments (like those on Gemini, the Thirty Meter Telescope and the James Webb Space Telescope) will be able to resolve. She will start in September. 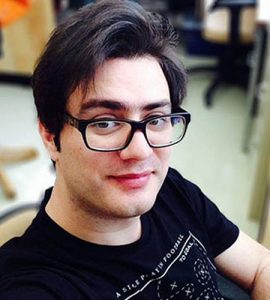 Mohammad Naderi is currently a postdoctoral Fellow at the University of Saskatchewan. His field of research is behavioural neuroscience. His research as a York Science Fellow will focus on the effects of environmental contaminants on neurobehavioural functions in animals. Working under the supervision of Professor Raymond Kwong in the Department of Biology beginning in September, Naderi will explore how early-life exposure to endocrine-disrupting chemicals interfere with and disrupt cognitive and social functioning in zebrafish as the animal model. His research will enable a better understanding of the way in which early-life exposure to certain environmental chemicals may lead to the expression of abnormal social behaviours and cognitive deficits that persist into adulthood and even across generations. 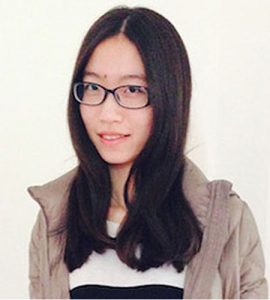 Hanmeng Zhan is currently a postdoctoral fellow at the Centre de Recherches Mathématique, Université de Montréal. Her research interests include algebraic graph theory and orthogonal polynomials with applications to quantum walks and frame theory. She has been collaborating with Professor Ada Chan in the Department of Mathematics & Statistics since her last year of PhD studies at the University of Waterloo. As a York Science Fellow, she will continue working with Chan on the transport phenomena and algorithmic properties of quantum walks starting in October. Emphasizing on the spectral methods, her research will provide new combinatorial insights into problems raised by quantum information and quantum computation. 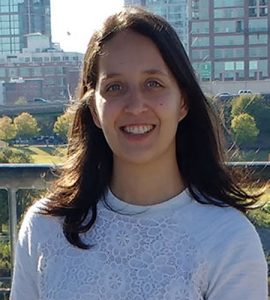 Mariana Bleker de Oliveira obtained her PhD in science at the Federal University of São Paulo in Brazil. Her work has focused on inhibiting molecular signalling pathways involved in cancer survival and proliferation. As a York Science Fellow, she will work with Professor Sergey Krylov in the Department of Chemistry starting in July to develop a highly reliable predictor of ovarian cancer resistance to chemotherapy. This resistance has several causes, including a mechanism called multi-drug resistance (MDR), which acts by increasing the rate of drug efflux from cancerous cells. Krylov’s research group has conceptualized MDRmetry, a disruptive technology that can facilitate the development of a reliable MDR-based chemoresistance predictor. Such predictor can guide “precision treatment” and increase survival rates among ovarian cancer patients.