Three graduate students will set off this spring on a quest to research the sun-soaked deserts of the American Southwest, and the ecosystems that exist within. 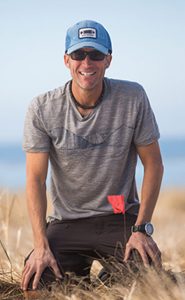 The expedition is made possible by $6,000 in research funding from the MITACS Globalinks Award granted to Ghazian and Zuliani to travel internationally for biological research, and by the Paul Jorgensen Bird Research Grant of US$1,000 awarded to Owen, who was eligible for the award as an American and discovered the grant after an online search for “California bird research grants.”

The student researchers say the general public may be surprised to hear that life of all kinds exists in the deserts of the American Southwest, and that ecologists consider deserts to be ecological hot spots filled with varieties of lifeforms well-adapted to the adverse landscape.

Some plant species provide an oasis against the extreme climate to plants and animals seeking shelter beneath their canopy. When these plants are common and help other plants and animals, they’re known as foundational species. However, like many other ecosystems, the realities of anthropogenic climate change can already be witnessed in these drylands. Climate change, human development and invasive species have been leading to strong impacts at the macro and micro scale. 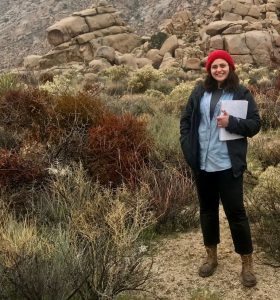 “It’s simply unrealistic to think that organisms will continue to function the same way under the new paradigm of climate change. Understanding the role of foundation plants in climate-driven behavioural plasticity is key for future dryland restoration,” said Ghazian.

“If we can learn how life forms help each other in this harsh environment, then maybe we can repurpose these interactions for conservation actions,” said Owen.

Deserts, they say, are extremely heterogeneous at fine scales for inhabiting species, therefore changes not noticeable to humans can have huge impacts on these species’ ability to thrive.

To confront some of these realities, the three grad students are setting out to decipher whether shrubs can mediate some of the impacts of climate change and habitat fragmentation. Together, they will undertake an in-depth investigation of how vertebrates interact with desert foundational shrubs, and how important this interaction is for creating habitat infrastructure.

“The densities of foundation shrub species must play a huge role in aiding the survival of interacting animal species in harsh, arid environments,” said Zuliani. “These interactions are the driving factor for these species to properly flourish in these conditions and potentially aid in increasing low population densities.”

Deserts are full of life, and the lifeforms inside deserts help each other prosper even in the harshest of environments; however, these deserts located only a few hours from Los Angeles and Las Vegas, are under severe threat. But with more information, the researchers hope to illuminate new factors impacting conservation and restoration.