Five PhD students from York University have been named Vanier Scholars, and will receive support from the Government of Canada to pursue their cutting-edge research.

Valued at $50,000 per year for three years during doctoral studies, the 2019 Vanier Graduate Scholarship is awarded to graduate students who demonstrate leadership skills and a high standard of scholarly achievement in the social sciences and/or humanities, natural sciences and/or engineering, and health. Candidates weighted on three criteria: academic excellence, research potential, and leadership.

From India to Israel to West Africa, this year’s Vanier Scholars are pursuing research with enormous reach. “This year’s Vanier scholars show once again that York students are at the forefront of their fields, producing work with global impact,” said Thomas Loebel, Dean of the Faculty of Graduate Studies. “Year after year, they reaffirm that our graduate programs are where transformative knowledge is being made.”

A complete list of 2019 scholars is available at Vanier Canada. 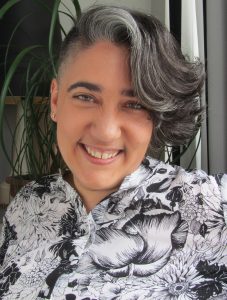 “The overrepresentation of Indigenous and Black children in Canada’s child protection system represents a national crisis,” says Bergen. “Intergenerational involvement with the child protection system is a key pathway through which this overrepresentation continues.” Bergen will use a participatory research approach, working with young mothers who have grown up in foster care to develop strategies to prevent this intergenerational involvement.

“Addressing intergenerational involvement in the child protection system is important for all Canadians as it strengthens work towards reconciliation and human rights, which benefits everyone,” says Bergen. “This research is an important development in social work research because it highlights the knowledge of young mothers involved in the system and focuses on creating meaningful solutions to a complex problem.” 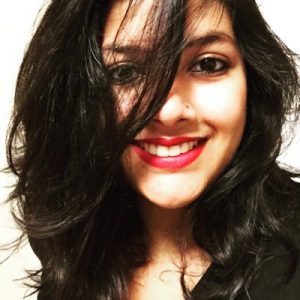 Chatterjee will navigate the intersection of class, gender, and nationality with the thesis A Question of Survival: Exploring LGBTQ Persons Experiences of Sexuality in India.

Chatterjee notes that lesbian and bisexual women and trans-masculine persons (LBT) live in conditions of heightened precarity in India—experiencing lifelong barriers to education, employment, and housing, and suffering long-term social, physical, and psychological abuse. “Suicide is a prevalent reality for many lower class, lower caste LBT persons who are denied access to basic human rights and dignities all their lives,” says Chatterjee. “Due to lack of funding, non-governmental organizations advocating for such persons are also extremely limited, and mostly present in metropolitan cities. The rare occasions when lower class, lower caste LBT persons are able to access such spaces of social support, they are often misrepresented because of their class and caste.”

Chatterjee will works with NGOs and conduct in-depth interviews with LBT persons across India to develop concrete interventions to reduce the precarity of LBT lives. “The goals of this research are to translate the knowledges gathered from this project in order to influence legal policy, contributing to the global push for ending LGBT discrimination around the world, and adding to cutting edge transnational research on contemporary understandings of sexuality.” 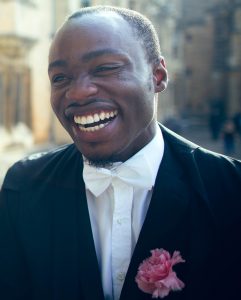 Specifically, this work will analyze and theorize the nature, prospects, challenges and attainments of Canada’s engagement in climate technology transfer to three West African countries: Sierra Leone, Ghana and Nigeria, over a period of five years (2016 – 2021). The research seeks to find out what theories of climate justice have influenced ITT from Canada to West Africa; whether or not the technology transfer has been guided by the best available science and been respectful of traditional knowledge and human rights; and how the results can inform ITT engagements in other parts of the world.

“This research will highlight Canada’s obligations and commitment to international climate change adaptation and mitigation, especially by ITT to the global South,” says Effoduh. 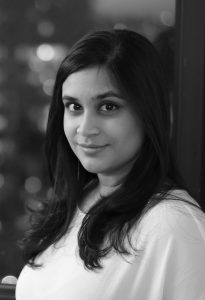 Mental health issues, especially mood disorders such as depression and anxiety, are increasing worldwide. At the same time, urban populations are rising, while being outdoors is known to make people happier. In this context comes Nadha Hassen’s Parks Prescriptions and Perceptions: Experiences of People with Mood Disorders in Green Spaces. “My research explores the experiences of people living with mood disorders in urban green spaces in Toronto,” she says.

Using a visual research method called photovoice, Hassen’s research will capture the experiences of people with mood disorders as they interact with Toronto’s urban green spaces. Participants on groups walks will take photographs to capture their experiences, which they will use to describe their emotions in one-on-one interviews. This research will seek to inform planners and public health professionals in designing and adapting green spaces to make cities more welcoming and health promoting.

“These rich, layered personal accounts of their lived realities will be analyzed to give us a better understanding of how people with mood disorders perceive, experience and interact with urban green space,” says Hassen. “As the population of Toronto rises rapidly, proper planning of the city’s green infrastructure from a public health lens is vital.” Israel’s Ethiopian Jewish community comprises less than two percent of the country’s population, and subjected to segregation, employment discrimination, and disproportionate incarceration. Inbar Peled seeks to explain the disadvantages faced by this community in her research, Ethiopian Jewry and the Law: A Story of Racialized Resistance in Multicultural Times.

“What can explain the current disadvantage of Ethiopian Israelis?” asks Peled. “Could an analogy be drawn between the disadvantaged state of Ethiopian Jews in Israel and the ongoing discrimination of African-Americans in the US or Indigenous communities in Canada? And how does all this coincide, if at all, with the particularities of the multicultural condition in Israel? At present, there is not a single legal article to answer these questions.”