Melchisedek Chétima (History) and Sylvie Bodineau (Anthropology) have been named among this year’s recipients of the prestigious Banting Postdoctoral Fellowship. Awarded by the government of Canada, the Banting Fellowship provides $70,000 per year for two years to support research in three areas: health research, natural sciences and/or engineering, and social sciences and/or humanities. 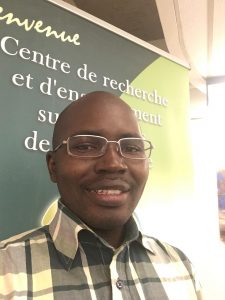 Melchisedek Chétima’s project seeks to better understand borderland violence in one of the most notorious areas of the world. Titled Boko Haram’s Grand-Fathers: Slave-Raiding, Kidnapping and Weaponized Social Mobility in the Chad Basin Borderland, the project will uncover the history of the Islamic insurgency in Lake Chad Basim; examine Boko Haram as a borderland violence phenomenon; study why local and national governance has motivated armed rebellion; and recommend policy to counter the insurgency.

“Boko Haram can be understood through an examination of historically-mediated forms of violence, anti-state activity, and wealth creation that have through time united elites and their followers in this region,” says Chétima. The project seeks to leave behind “a simplistic ‘war on terror’ thesis” in favour of an approach that “can lead to a better understanding of the ideological, cultural, social and economic problems that have promoted the use of terror as a mechanism of confrontation.”

Chétima will collect primary source materials, newspaper/media publications, unpublished reports and oral interviews with survivors and informed observers. “These materials will then be digitized, deposited in open-access repositories at the Tubman Institute at York, subject to restrictions on personal information that might reveal the identities of endangered individuals.” 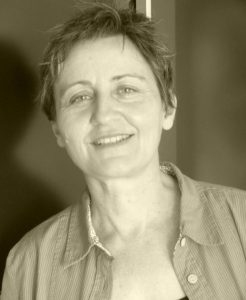 Sylvie Bodineau’s project engages with the complicated subject of child soldiers. Titled Fifteen years after. The everyday social life of ex-child soldiers in the Democratic Republic of Congo, her research will go straight to the source.

“Since the late 1990s, child soldiers have become emblematic victims to protect in situations of armed conflicts,” says Bodineau. Child soldiers have been “embedded in two highly moral frameworks … the ‘child rights' regime’ considering them as immature and innocents, and the humanitarian imperative calling upon saving them.” In her doctoral research Bondineau found that, to preserve their dignity, demobilized children from the Sud Ubangi province “refused to occupy a victim position vis-à-vis the programs that meant to protect them.” However, they still struggled to find a way to decent work, social/familial relations, and other hallmarks of civilian life.

Bondineau’s project will explore the everyday social life of a group of ex-child soldiers 15 years after demobilization. “The project aims at opening a space for young people as co-researchers to discuss questions about their present status,” she says. “I also want to bring more complexity and add a missing long-term perspective into academic accounts related to humanitarianism and former child soldiers.”