York University scientists have uncovered a unique set of genes that play a role in muscle cellular gene expression and differentiation that could lead to new therapeutic targets to prevent the spread of muscle cancer.

The researchers analyzed gene networks in muscle cells and found that the Smad7 and β-catenin proteins work co-operatively inside the body to regulate muscle cell differentiation, growth and repair. When these regulatory proteins work in harmony, they control the pathway for normal gene expression, resulting in normal skeletal muscle cells.

The study, published in the journal Cell Death & Disease, indicates that a dysfunctional relationship between the Smad7 and β-catenin complex can lead to a situation of impaired muscle cell differentiation—a hallmark of some soft tissue cancers such as rhabdomyosarcoma (RMS). This rare cancer, which most often affects children, forms in soft tissue (mostly skeletal muscle tissue) and sometimes in hollow organs like the bladder or uterus. 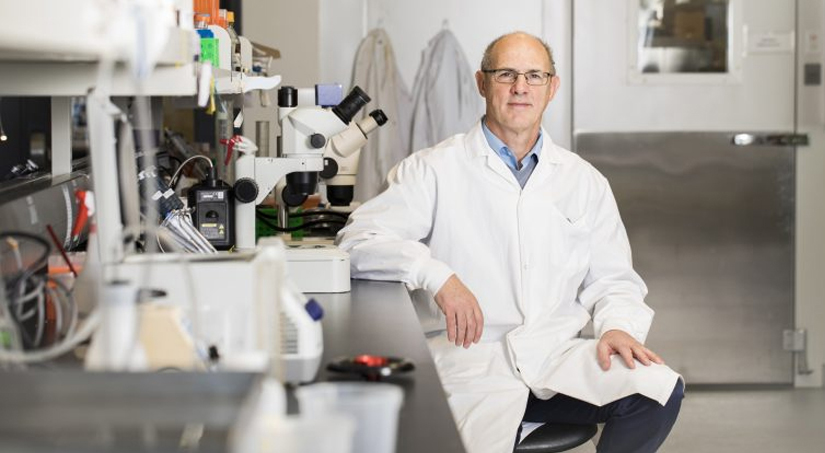 “What happens in those rhabdomyosarcoma cells is that they have a muscle cell-like character, but the difference is that normal muscle cells stop dividing,” said John McDermott, a professor in the Department of Biology in the Faculty of Science, who supervised the study and is a contributing author.

McDermott said these cells look like muscle cells, in terms of the way they function and their phenotype, but they don’t stop dividing, which is why they form tumours at various sites in the body.

“Our idea is that part of the reason why those cells are defective in the differentiation program, which would mean that they would stop dividing, is that the β-catenin complex is being degraded in those cells because of an anomaly in the signalling pathway that controls that,” said McDermott. “If we can stabilize the β-catenin and Smad7 complex in those cells, you could potentially encourage them to differentiate and stop proliferating, which would mean that you’d stop those cells from growing in the tumour.”

The research was conducted in York’s Muscle Health Research Centre—the first of its kind in Canada—which focuses on the importance of skeletal muscle to the overall health and well-being of Canadians. This new molecular genetic finding could lead to strategies for cancer treatments that target these specific molecules.

“Until you know how things work normally, it’s very hard to target anything specific, so identifying the normal function of molecules is essential before assessing abnormal function in cancer cells,” said McDermott. “This then allows therapeutic targeting of specific molecules in order to develop pharmacology to treat the condition, or in some cases pre-existing pharmacology would be used.”

The research team—led by PhD student Soma Tripathi and including Tetsuaki Miyake, a research associate and PhD—focused on understanding the role of transcription factors in orchestrating tissue-specific gene expression and differentiation. They did this by identifying DNA binding proteins that are involved in transcriptional regulation during muscle development. The study also identified new regulators of muscle regeneration that could also open doors for the pharmaceutical industry to develop new treatments to address the normal but debilitating loss of muscle in the aging population.

“Muscle regeneration is a highly complex process and is regulated by a variety of transcription factors which are essentially proteins that help turn genes on or off by binding to specific genes within the genome,” said Tripathi. “We believe two such transcription factors, Smad7 and β-catenin, play a key role in the specific pattern of gene expression required for muscle development and repair.”

Funding for the study was provided by the Canadian Institutes of Health Research.