Three York University graduates are this year’s recipients of a Governor General’s Gold Medal, awarded for achieving the highest academic standing. The medals are the most prestigious recognition presented to graduate students. This year’s recipients are Meghan Clare Hughes, Cynthia Kwakyewah and Qiyi Tang.

“Qiyi, Meghan and Cynthia have achieved the highest levels of academic excellence, and I am delighted to congratulate them on behalf of York for their success,” said York University President and Vice-Chancellor Rhonda L. Lenton. “It is an honour to present them with their Governor General’s Gold Medals at convocation, and we look forward to seeing what they do next as York alumni.” 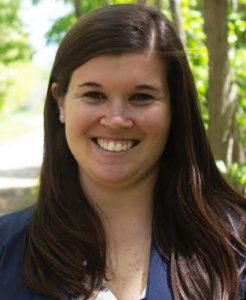 In April 2019, Hughes defended her PhD dissertation, “Exploration of the Mitochondria as a Potential Therapeutic Target in Duchenne Muscular Dystrophy,” which focused on developing a new therapy to increase muscle strength in patients with Duchenne muscular dystrophy by improving the ability of muscles to produce energy, thereby supporting movement. Her research has captured the attention of academic, clinical and pharmaceutical partners to further develop this therapy.

“I am incredibly honoured and humbled to receive the Governor General’s Gold Medal,” said Hughes. “Receiving this award is a reflection of the hard work and quality of research produced by Dr. Chris Perry’s lab as a whole. I am proud to represent the Perry lab as the recipient of this award.” 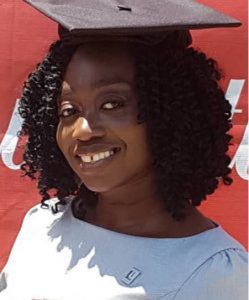 Cynthia Kwakyewah earned a master of arts in interdisciplinary studies at York University and during that time worked as a research assistant in three York University units: education, geography and the Harriet Tubman Institute.

Her master’s thesis critically examined the relationship between business and human rights and its implication for community development in Africa. In the summer of 2017, she travelled to Ghana, where she successfully conducted research for her thesis, “Doing Just Business: An empirical analysis of mining multinationals, human rights and community development in Ghana.”

“The journey to success is both an individual and collective endeavour. You must believe and invest in yourself while adding value to other people’s lives. The Governor General’s Gold Medal is an embodiment of this journey,” she said. “York University has been a space of exploration, challenges and growth. Studying at York made me a critical thinker and further reinforced my desire to work towards building just societies.”

Kwakyewah is now working toward her PhD at the University of Oxford. She aspires to become a leading academic and sustainability consultant and embark on cross-sector partnerships to contribute to the achievement of the UN Sustainable Development Goals. 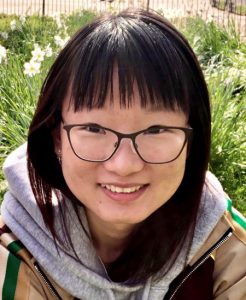 She is the first author of four published papers and was a runner-up for the Teaching Excellence Award for Graduate Teaching Assistant.

“The main reason I chose to study at York is that I enjoy doing research with my thesis supervisor, Prof. Franck van Breugel,” she said, noting that York has a positive reputation for research in computer science. “His generosity of time, kindness and passion for research all have had huge impact on me.”

Tang is currently a postdoctoral Fellow in the software reliability group at Imperial College London, and will begin a new postdoctoral position at Oxford University later this summer.

This year, six students from York University were recognized with Governor General’s Silver Medals. Recipients are selected based on their academic averages, and are enrolled at the undergraduate level.

“Achieving a distinction as rare and prestigious as a Governor General’s medal requires tenacity, dedication and perseverance,” said Lenton. “The entire community is incredibly proud of Zackary, Avreen, Nicholas, Antonnia, Natalia Maria and Maryam for their outstanding achievement, and we wish them the very best for continued success.”

For more than 140 years, the Governor General’s Academic Medals have recognized the outstanding scholastic achievements of students in Canada. They are awarded to the student graduating with the highest average from a high school, as well as from approved college or university programs. Pierre Trudeau, Tommy Douglas, Kim Campbell, Robert Bourassa, Robert Stanfield and Gabrielle Roy are just some of the more than 50,000 people who have received the Governor General’s Academic Medal as the start of a life of accomplishment.