For an idea of the innovative activities underway in the Faculty of Education at York University, consider Dr. Sheila Harms. A child and adolescent psychiatrist at McMaster Children’s Hospital, Harms is pursuing her PhD at York University and is looking to bring a new perspective to the field of psychiatry and education. 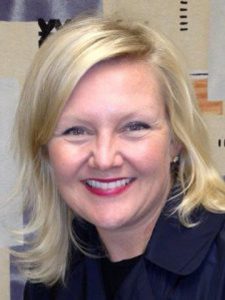 Harms explains her new approach as getting away from didactic lectures. She takes into account principles from adult learning of the kind that might occur in a police force. Under this approach, students create their own curriculum throughout the school year based on the real-world cases they encounter. Harms notes this approach is a direct reflection of the thinking and research she is doing at York.

Having been interested in education throughout her career, Harms describes her dawning realization that there is always more to learn. Pursuing an education degree has helped her think in a more generative way about what occurs in a classroom.

“By classroom, I mean my practice as a child psychiatrist and the work I do with my patients,” Harms said. “It feels like I am thinking in a different way now.”

Harms was drawn to York University by the work of Deborah Britzman, Distinguished Research Professor and York Research Chair in Pedagogy and Psycho-Social Transformation.

“She has a novel approach in which she applies the valences of psychoanalysis to education,” Harms said. “It’s a standalone in a world that clashes between empiricism and emotion.”

Currently, Harms is writing her dissertation proposal in which she lays out the case for a pedagogical approach of uncertainty as opposed to a focus on overly rigid expert culture. She is a proponent of a pedagogy that sees failure as an opportunity for growth instead of something to be avoided in a culture typically obsessed with getting the right answer.

“Humility is the value that underpins the kind of learning I am hoping to create,” she said.

One challenge facing this rigid culture is that educators tend to make no space for their students’ emotions in classrooms, she says. Students are often not equipped to articulate their experiences and resulting emotions; however, the emotional logic that drives much of our lives is almost palpable in most learning exchanges.

“Learning is an emotional experience, but we don’t know how to talk about it. I’m trying to develop language that allows for people to grapple with occurrences that might not feel comfortable but is affecting their learning experience.”

She recalls a student emailing her to say they were intimidated by her (Harms’) high expectations and were uncertain if they would succeed.

“There was discomfort but also growth that came from the discomfort,” Harms said, adding that the student concluded their email with confidence, stating they now saw themselves as a leader.

In her psychiatry practice, Harms often encounters youth and adolescents who were traumatized by their educators as a result of being misunderstood

“Such emotional experiences in the classroom cannot be avoided,” Harms said. “Education has to make room for people’s feelings and unfiltered thoughts as opposed to limiting what they can imagine.”

Harms urges educators to tread carefully when it comes to their students’ emotions.

“Kids are coming in with histories of trauma and teachers have to be mindful of that,” she said.