NASA has selected Christina L. Smith, a postdoctoral researcher at York University’s Lassonde School of Engineering, to be a participating scientist on NASA’s Juno Mission to Jupiter. 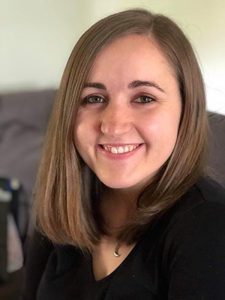 Juno is a spacecraft currently exploring the atmosphere of Jupiter that has acquired the first images of the storms near the Jovian poles and has helped to solve some of the mysteries of the deep interior of the largest planet in our solar system.

This competitive selection, one of only 12 that were awarded worldwide, was made after an extensive application and review process. As a participating scientist, Smith joins the science team and will help plan observations to achieve the science that she has proposed.

In particular, Smith has a deep interest in the dynamics of clouds of other planets based upon her past work observing the atmosphere of Mars with the Curiosity rover. Her work with Juno will build upon that knowledge, helping Juno achieve its science goals and shedding light on Jupiter’s atmospheric structure and dynamics.

“Juno has a fantastic view of Jupiter’s clouds and I’m hoping to use the spacecraft’s cameras to look at those clouds from different angles, letting me and my team measure the altitudes of clouds across Jupiter,” said Smith. “We can actually use the different brightnesses and colours of light scattered by those clouds, which we see at different viewing angles, to also tell us about the possible shapes and sizes of the ice crystals that make up those clouds.”

According to NASA, Juno’s principal goal is to understand the origin and evolution of Jupiter. Underneath its dense cloud cover, Jupiter safeguards secrets to the fundamental processes and conditions that governed our solar system during its formation. As a primary example of a giant planet, Jupiter can also provide critical knowledge for understanding the planetary systems being discovered around other stars. With its suite of science instruments, Juno will investigate the existence of a solid planetary core, map Jupiter’s intense magnetic field, measure the amount of water and ammonia in the deep atmosphere, and observe the planet’s auroras. The mission will increase scientists’ understanding of how giant planets form and the role these titans played in putting together the rest of the solar system. (Source: NASA’s Juno Mission website) 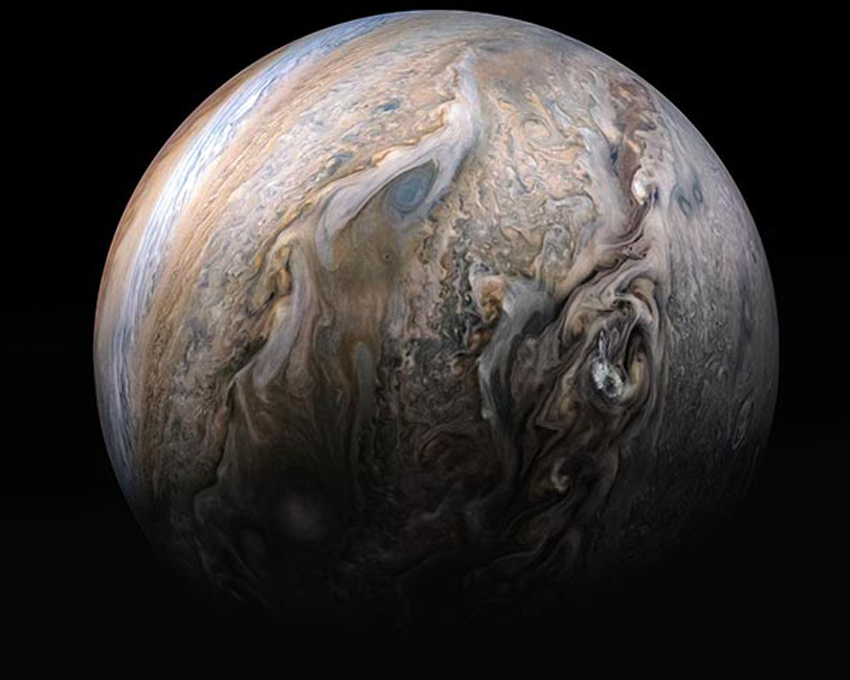 This stunning compilation image of Jupiter’s stormy northern hemisphere was captured by NASA’s Juno spacecraft as it performed a close pass of the gas giant planet. Some bright-white clouds can be seen popping up to high altitudes on the right side of Jupiter’s disk. Juno took the four images used to produce this color-enhanced view on May 29, 2019, between 12:52 a.m. PDT (3:52 a.m. EDT) and 1:03 a.m. PDT (4:03 a.m. EDT), as the spacecraft performed its 20th science pass of Jupiter. At the time the images were taken, the spacecraft was between 18,600 kilometers (1,600 miles) and 8,600 kilometers (5,400 miles) above Jupiter’s cloud tops, above a northern latitude spanning from about 59 to 34 degrees. Citizen scientist Kevin M. Gill created this image using data from the spacecraft’s JunoCam imager. (Image: NASA Juno Mission)

“The results will have important implications, not only for our own solar system but also for other solar systems which are full of Jupiter-like planets,” said Professor John Moores, director of York University’s Technologies for Exo-Planetary Science (TEPS) program. “Being selected to lead an investigation on a spacecraft as a participating scientist is a rare honour, especially for such a young researcher. I have no doubt that Dr. Smith will do us all proud in taking the Lassonde logo further out in our solar system than it has ever been before.”