Mosquitoes (specifically, Aedes aegypti) carry a variety of pathogens causing diseases including Zika, Yellow Fever, Chikungunya and Dengue Fever – the latter being the most widespread disease in humans infecting more than 500 million people every year, according to the World Health Organization (WHO). 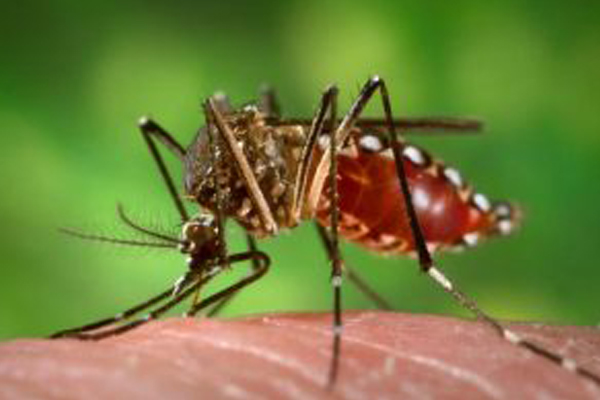 Traditional research has focused on female mosquitoes (they bite), but this group of researchers took an unconventional approach by studying males (they don’t bite). What the team discovered led them to conclude that influencing male fertility (by decreasing sperm yield) could possibly, one day, lead to the development of novel approaches and the improvement of existing pest control strategies aimed at lessening the burden of these medically important vectors of disease. 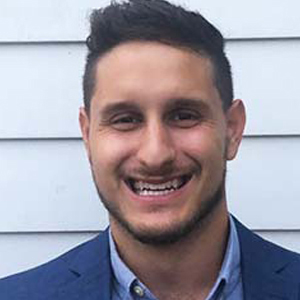 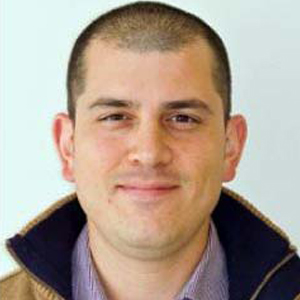 The compelling results of this research, which funded by the Natural Sciences and Engineering Research Council of Canada, were published in Frontiers in Physiology (2019).

Rocco sits down with Brainstorm to discuss his work.

Q: Tell us about your work in the Paluzzi lab.

A: My research in the Paluzzi lab looks at vectors of disease – ticks, mites, mosquitoes predominantly. The driving notion behind it is: If we could better understand mosquito biology, then it could possibly help design targets for pest control research.

In biology, there are two main systems that function to regulate the body: the nervous system and the endocrine system, which are hormones. In this way, humans and mosquitoes are quite similar.

Q: What were your objectives?

A: My research focused on a specific glycoprotein hormone in the mosquito: GPA2/GPB5. Hormones are often named after what they do in the body, but we don’t yet know what this one does. My objective was to determine what this hormone does in mosquitoes to better understand its function.

I was looking for where the receptor is for this hormone. Receptors are activated by specific hormones, released through the bloodstream, similar to a lock and key. So, I looked at the location of the receptor to learn more about the hormone.

Q: Is this original research?

A: The male mosquito reproductive system is very understudied. That said, most research in this area is about releasing sterilized males (whose sperm is not functioning) into the wild. If you breed thousands of sterilized males and you release them into the wild, then they will compete with other males to mate with a female. If a female mates with a sterilized male, then she won’t reproduce since her eggs won’t be fertilized. So effectively, you’ll reduce the population.

My work adds to this body of research.

Q: What were your key findings? 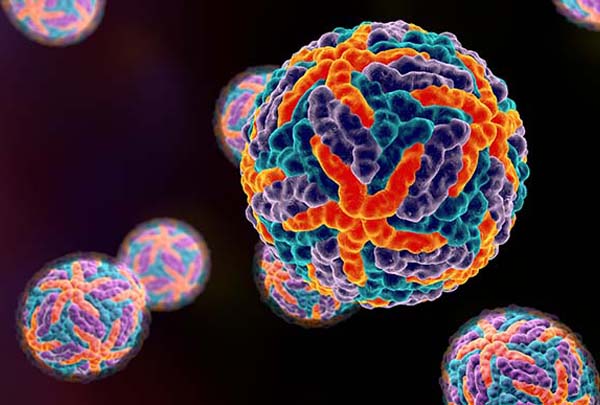 I was able to determine that the hormone GPA2/GPB5 was making sperm; its function was spermatogenesis. More specifically, it helps to make the flagella, the whip-like tail at the end of the sperm. To date, we had no idea how mosquito spermatogenesis was regulated – how sperm is made, controlled by things like the nervous system.

So, when I found out that this receptor plays a role in regulating the development of sperm, that was a really exciting find. The next question is: Could this hormone be used in the future? Could it be a target to sterilize males?

Q: How could this new knowledge inform policy or pest control strategies in the future?

A: We don’t make policy or draft strategy. In the lab, we provide the research, the evidence. Others, perhaps with Level 3 Containment facilities, can build on what we’ve done. [This refers to the biosafety level of labs required to isolate dangerous biological agents in an enclosed facility. The highest level is 4.] These facilities could go online, read our research paper and be able to follow up with any implications, applications and strategies for pest control.

Q: What is the current best practice to control mosquitoes?

A: Bed nets, sleeping with a large net over your bed. The approach is limited. You still get bit, you still get disease transmission.

Q: Could this research have a global impact in that it could inform future efforts to eradicate Dengue Fever or other deadly viruses?

A: Yes, this species transmits at least four viruses. Zika’s not even the most prevalent or deadly. The prevalent diseases, especially in South America, are Yellow Fever, Chikungunya and Dengue Fever. The number of reported cases of Dengue in 2018 alone, was over half a million according to WHO.

To date, this particular mosquito that transmits these diseases has not established itself in Canada, but could it? With global climate change creating warmer and more humid environments, these populations could migrate.

My research could also be applied to other species of mosquitoes, such as the ones in Ontario that are transmitting West Nile, or to ticks, spreading Lyme Disease and more – any other vectors of disease.

Q: How has York supported your work?

A: York has funded almost all of my research. If it weren’t for York, I would not have been able to undertake this work.