In October, a group of retired York University employees will be participating in the Scotiabank Virtual Charity Challenge, to raise money for graduate student awards at York University. 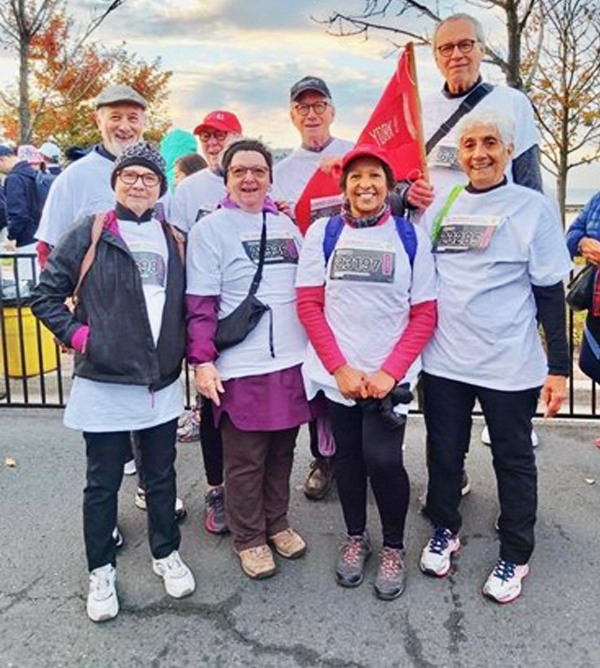 “Our goal is to raise $115,000 over the next several years in order to build a sufficient endowment to fund the three Graduate Student Awards provided annually by the York University Retirees’ Association,” says Charmaine Courtis, YURA’s co-president (non-academic). “Since joining the YURA Executive, raising funds for student assistance has been my priority. In past years, YURA members have endowed both the William W. Small Award and the YURA Mature Students Award to the extent that two of each of these awards are offered annually to deserving undergraduate students. We now need to focus on assuring something for graduate students in perpetuity.”

“Participating in the Scotiabank Marathon enables YURA to raise considerably more money to support student awards at the University than fundraisers such as our annual Showcase event,” says Ian Greene, YURA’s co-president (academic), who came up with the idea. “If we can recruit 10 to 20 participants for our team and each participant seeks sponsors from family, friends and former York colleagues, then we should be able to raise $15,000 to $20,000 a year, possibly more, to put towards the endowment.”

Charitable tax receipts are issued for donations of $20 or more.

The Scotiabank Charity Challenge unites the spirit of both competitive and recreational runners and walkers with a unique fundraising program to help create a stronger future for young people and build vibrant communities. Participants register for either a 5 km “half marathon” or a full 10 km marathon. Given the COVID-19 environment, this year’s Charity Challenge will have a different look with participants completing their distance any time, any place between Oct. 1 and 31. The York retirees’ team plans to do it together at High Park on Oct. 6, with physical distancing between participants, of course!